Get ready to be served! After a very successful inaugural season, Las Vegas is welcoming back the city’s first and only professional tennis team, the Vegas Rollers, for the 2020 World TeamTennis (WTT) season. Season tickets are set to go on sale in January, and fans may now submit a deposit to be put on the waiting list.

After an action-packed inaugural season, the Vegas Rollers will return to The Orleans Arena with several original leading players including The Bryan Brothers, the all-time winningest doubles team in history, top American pro tennis player Sam Querrey, and local hometown hero Asia Muhammad. This year, the Bryan Brothers and Sam Querrey are contracted to play all seven home and away matches.

“With this being the last season of our career before we retire, we are so grateful to finish strong in Las Vegas, the home of our Team Bryan Youth Program and a place of so many special memories,” said Rollers player Bob Bryan. “We love Las Vegas and last year was by far the best WTT season we have ever been a part of.”

“Playing for Las Vegas last year was incredible. The crowds at the arena were rocking and it’s always fun to play in front of family and friends,” stated Sam Querrey. “I look forward to playing in 2020 for the entire season as we try to bring the trophy back to Vegas!”

In addition to the team’s all-star lineup, head coach Tim Blenkiron will be returning for the new season alongside pop music icon and the team’s assistant coach, Redfoo.

“We are very lucky to have Carlos Silva, the league’s CEO behind us, Sally Dewhurst as our general manager, and Ryan Wolfington as the team’s board president,” said head coach Tim Blenkiron. “With their vision and leadership, we are looking to repeat last year’s success, bringing the Las Vegas community together through the city’s newest professional sports team.”

Tickets will go on pre-sale Friday, January 31 and regular sale Wednesday, February 5. To reserve season tickets now, call 702-409-8752.
“The Vegas Rollers had the largest in-stadium attendance and broadcast viewership in WTT recorded history,” said Carlos Silva, CEO of World TeamTennis. “The support of both the Las Vegas community and team operations was one of the best in the league in the team’s first year and we can’t wait to see year two.”

Tickets are starting at $22 plus taxes and fees and season packages will start at $175. Season tickets are available at all levels and fans can enjoy an exclusive discount by purchasing ten matches for the price of seven. Special VIP packages will also be available for $180 and will include premium seating, a gourmet three-course meal and unlimited premium alcohol.
The Marty Hennessy Inspiring Children Foundation will continue to support the team during the 2020 season as the Vegas Rollers’ official charity, and the United States Tennis Association in Nevada (USTA-Nevada) will once again be the team’s community partner.

“Last year’s season was beyond incredible,” said Ryan Wolfington, Director of USTA-Nevada. “We look forward to partnering with the clubs, pros, captains and this year’s advisory board to duplicate and build on this success.”

Those interested in serving on the team’s advisory board or sponsoring the season may call 702-409-8752.

Building on the excitement of the 2019 World TeamTennis season, WTT is also adding $1 million in prize money and is serving up a new twist for its 45th season with a spectacular All-Star event featuring many of the best American tennis players in the circuit.  World TeamTennis will showcase much of its top talent from its 2019 season and soon-to-be-announced celebrities from the tennis and entertainment industries when it introduces the “WTT Celebrity All-Star Match” – a pro-am tennis event on March 1, 2020 at Omni La Costa Resort & Spa (home of WTT’s San Diego Aviators) in Carlsbad, Calif. Tickets are on sale now at www.wtt.com. Limited seating is available for the WTT Celebrity All-Star Match, and the event is expected to sell out. 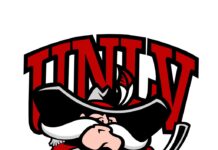 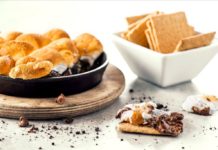