he Vegas Rollers, our city’s first and only professional tennis team, is gearing up to serve a second action-packed mixed-format- season, with more matches played by marquee athletes The Bryan Brothers and Sam Querrey. Season and individual match tickets go on sale to the general public Wednesday, March 4 at 12:00 p.m., ahead of the first matches for the 2020 World TeamTennis (WTT) season.

The Vegas Rollers recently announced that 41-year-old twins Mike and Bob Bryan have been contracted to play the entire 2020 World TeamTennis season, which runs from July 12-Aug. 2. In addition, Las Vegas resident and United States Davis Cup player Sam Querrey will also play the full season for the Rollers.

“The Vegas Rollers broke attendance and TV viewership records last year, and the combination of entertainment and tennis made it incredible,” said the team’s President of the Board Ryan Wolfington. “The most amazing thing was how the city’s leaders and the whole community came out to cheer on Vegas’s newest professional sports team. Much of the success was due to our incredible Advisory Board and the leadership of our General Manager Sally Dewhurst.”

“With this being the last season of our career before we retire, we are so grateful to finish strong in Las Vegas, the home of our Team Bryan Youth Program and a place of so many special memories,” said Rollers player Bob Bryan. “We love Las Vegas and last year was by far the best WTT season we have ever been a part of.”

Tickets are priced at $29, $69, and $89. Additionally, VIP tickets are available for $129 to include courtside dining and drink experience with unlimited alcohol and $189 VVIP experience with player meet and greet, Roller’s merchandise and gourmet three-course meal. They can all be purchased at www.vegasrollerstennis.com, by calling Ticketmaster at 1-800-745-3000 or by visiting your local Boyd Gaming Box Office.
Fans looking for great reasons to witness this history-making tennis season may want to know:

The 45th World TeamTennis season will hit the courts from July 12-August 2, 2020 and the prize money will increase to a record amount of $5 million, with the additional increase of $1 million awarded in WTT Playoffs compensation. The WTT Playoffs will return to the Orleans Arena at The Orleans Hotel & Casino in Las Vegas for the second consecutive year with the WTT’s semifinals set for August 1 and the WTT Final taking place on August 2. 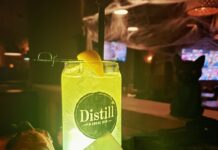 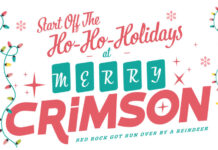 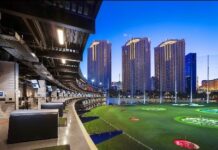