As COVID-19 closures swept Las Vegas, independent music venues and promoters were the first to shutdown, and expect to be the last to reopen. Local music publication Smash Magazine has joined the National Independent Venue Association (NIVA) to fight for survival alongside more than 1,000 other independent venues and promoters across the country to ensure that vibrant local music scenes return after the pandemic has passed. NIVA is headed to Capitol Hill to request emergency relief, and is providing member venues with resources and education to help preserve the live music ecosystems in Nevada and beyond which play a vital role in each member state’s economy.

With the entire industry at a standstill, independent venues and promoters and the multitude of people they employ are facing an existential crisis – revenues are frozen, while significant overhead and financial obligations remain. With no concrete date of return, leading industry magazine Pollstar estimated a $9 billion loss in ticket sales alone – not counting food and beverage revenue – if venues remain closed through the end of the year. Ninety percent of NIVA members predict they will not be able to reopen if there is no financial support and the shutdown extends to six months — yet there have been forecasts that the shutdowns will go into 2021.

In addition to supporting employees and artists who are dependent upon live music for their livelihoods, the industry serves as a magnet and financial engine for local economies; for every dollar small venues generate in ticket sales, area restaurants, hotels, and retail establishments realize $12 in revenue. While independent venues and promoters are small businesses, the estimated direct annual impact they provide to their local communities nears $10 billion.

When the shutdown swept across the country the music did not just stop – it has put many beloved venues in peril of ever restarting again.

“We look forward to being part of NIVA and shining light on this current issue that is affecting our independent music venues,” says President of Smash Magazine Brian Saliba. “Las Vegas is and will always remain the entertainment capital of the world, and our local music scene plays a huge part in that title. We hope that by joining NIVA, we can preserve live music during these uncertain times.”

National Independent Venue Association (NIVA) is fighting for the survival of independent venues, their employees, artists, fans and their communities.

NIVA is seeking modifications to small business loans and the Payroll Protection Program, tax relief, mortgage and rent forbearance, continued unemployment insurance for employees and guidance on how to reopen safely when the time comes.
Membership is at no cost to independent venues, and is accessible here: NIVA 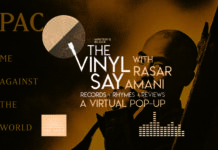 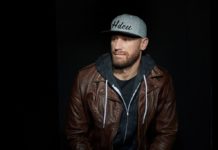