GRAMMY-Nominated country megastar Sam Hunt will take over Brooklyn Bowl Las Vegas on Friday, April 3 to debut his newest album “SOUTHSIDE” at a public album release party. The event will feature special performances by Sam Hunt and other surprise guests.

Since his career’s inception, Sam Hunt has been revered for his unique and groundbreaking style of combining pop and R&B elements into the country songs he writes. This style has led to Hunt topping charts and being recognized individually by institutions such as People’s Choice Awards, Billboard Music Awards, American Music Awards, Academy of Country Music Awards and the Teen Choice Awards.

His long-awaited sophomore album, “SOUTHSIDE,” featuring 12 tracks including Hunt’s hit singles “Body Like a Back Road” and “Kinfolks,” is available April 3 with the corresponding Southside Summer Tour 2020 kicking off in May. Preorder for “SOUTHSIDE” available now at https://southside.samhunt.com/.

Tickets for Sam Hunt’s “SOUTHSIDE” Album Release Party are $50 and available only for guests 18+. Tickets for the event can be purchased at the Brooklyn Bowl box office by calling 877.987.6487, or online at https://www.brooklynbowl.com/las-vegas/. 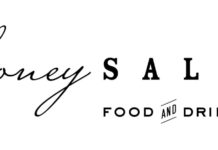 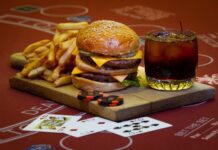