Da Bomb 106.9 hits the airwaves beginning this morning at 9 a.m. with all the old school hits from 1990 through 2010. The radio station will air songs according to Billboard’s Top 100 from all genres from Adult Contemporary, Hip Hop, and Top 40 Pop to Rhythm, Country, Alternative Rock, and Adult R&B.  With artists and groups including N’Sync, Destiny’s Child, Blink 182, No Doubt, Britney Spears, P!nk, Faith Hill, Savage Garden, 50 Cent, Coldplay, Eminem, U2, Usher, and Green Day, Las Vegas will finally have a radio station that airs all of your favorite hits from the best artists of the ’90s and 2000s.

Da Bomb’s weekly features will include The 2K Hit Mix (your favorite 2000s songs live in the mix, morning and afternoons), 90s at 9 (all ’90s music at 9 a.m. and 9 p.m. daily), Pop Up Trivia (mimicking VH1’s famous Pop Up Video, the station will give random facts and trivia about songs), “Where Are They Now” (showcasing those one-hit-wonders loved by all), and the station’s guarantee to play 90 minutes of commercial-free music segments throughout the entire day.

“’90s and early 2000s music brings back some great memories for a lot of us. I’m super excited for this new format and certain that Las Vegas will love Da Bomb as much as I do,” said Lady G, Program Director for Kemp Broadcasting’s music stations.

Follow Da Bomb on social media at @dabomblv and listen live at www.dabomblv.com. 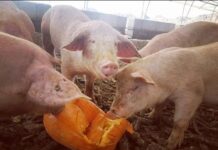