Put on your cowboy boots and join country music legends as they sing and dance the night away at Golden Nugget Las Vegas during this year’s National Finals Rodeo Dec. 5 through 13. Guests can enjoy live music and party ‘til the cows come home with a wide variety of country artists such as Terri Clark, Clay Walker, John Michael Montgomery, Charlie Daniels Band, Ronnie Milsap, Tracy Lawrence, Pam Tillis & Lorrie Morgan, Ray Wylie Hubbard, and Jamey Johnson as they perform live at The Showroom inside the Golden Nugget Las Vegas.

Terri Clark was the first Canadian woman to be inducted into the Grand Ole Opry. Her hits include: “Better Things To Do,” “When Boy Meets Girl,” “Poor Poor Pitiful Me,” “I Just Wanna Be Mad,” and “I Wanna Do It All.”

Certain artists just seem to have an innate sense of what it takes to please an audience. Clay Walker is one of those artists. Whether on stage or in the recording studio, Walker never gives less than a hundred percent, and it’s that kind of dedicated work ethic combined with God given talent that have made him one of the most successful country acts of the past decade. He first topped the Billboard country singles chart in 1993 with “What’s It To You” and followed with his consecutive No. 1 hit “Live Until I Die.” Since then, he’s placed 31 titles on the charts with 11 No. 1 singles to date and 6 platinum and gold records.

Academy of Country Music’s Top Male Vocalist in the 90s, John Michael Montgomery entertains in the 600-seat showroom with “Sold,” “Be My Baby Tonight,” “I Swear,” and “Life’s A Dance.”

Rock out country style with Charlie Daniels Band at the Golden Nugget. Charlie Daniels is partly Western and partly Southern. His signature “bull rider” hat and belt buckle, his lifestyle on the Twin Pines Ranch (a boyhood dream come true), his love of horses, cowboy lore and the heroes of championship rodeo, Western movies, and Louis L’Amour novels, identify him as a Westerner. The son of a lumberjack and a Southerner by birth, his music – rock, country, bluegrass, blues, gospel – is quintessentially Southern. This band is sure to keep you entertained all night.

Grammy Award-winning country singer and musician, Ronnie Milsap returns to the Golden Nugget. Swoon to the hits that have made him a legend including “Smoky Mountain Rain”, “I Wouldn’t Have Missed It For the World” and “Lost in the Fifties Tonight.” Witness this legend in the intimate 600-seat showroom.
Tracy Lawrence – Dec. 10 at 10:00 p.m.

American country music singer-songwriter Pam Tillis and country music singer Lorrie Morgan return to the Golden Nugget. Originally a demo singer in Nashville, Tennessee, Tillis was signed to Warner Bros. Records in 1981 and then went on to release three certified platinum records including Homeward Looking Angel, Sweethearts Dance, and a Greatest Hits Compilation. Lorrie Morgan charted her first single in 1978 and has since then charted more than 25 singles, including “Five Minutes,” “What Part of No” and “I Didn’t Know My Own Strength.”

When it comes to down ’n’ dirty roots ’n’ roll, nobody in the wide world of Americana music today does it better than Ray Wylie Hubbard. From his humble beginnings as an Oklahoma folkie in the ’60s to his wild ride through the ’70s progressive country movement, and onward through the honky-tonk fog of the ’80s to his sobriety-empowered comeback as a songwriter’s songwriter in the ’90s, Hubbard was already a bona fide legend by the time he really found his groove right at the turn of the century. Beginning with 2001’s aptly-titled Eternal and Lowdown through to his latest and greatest release, 2015’s The Ruffian’s Misfortune, he has spent well over a decade now chasing hellhounds through muddy waters and deep into the underbelly of the blues, with a Lightnin’ Hopkins gleam in his eyes and a Rolling Stones swagger in his step.

Jamey Johnson is an American country music artist. Signed to BNA Records in 2005, Johnson made his debut with his single “The Dollar,” the title track to his 2006 album The Dollar. Johnson was dropped from BNA in 2006 and signed to Mercury Nashville Records in March 2008, releasing his second album, the gold-certified That Lonesome Song. This album produced two singles, the Top 10 hit “In Color” and “High Cost of Living.” Johnson has since released two more albums, The Guitar Song in 2010 and Living for a Song: A Tribute to Hank Cochran in 2012. In addition to most of his own material, Johnson has co-written singles for Willie Nelson and Merle Haggard, Trace Adkins, George Strait, James Otto, Joe Nichols and Jessie James Decker.

Golden Nugget will host a variety of country music’s biggest stars in The Showroom starting Thursday, Dec. 5. Each concert will begin at 10 p.m. following the rodeo. Tickets are on sale now with select shows starting at $29, plus taxes and fees. Ticket prices are subject to change without notice. Tickets are available here. 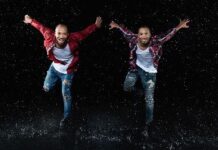 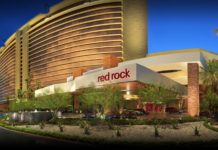