Multi-platinum, GRAMMY® Award-nominated country music icon Trace Adkins is bringing his The Way I Wanna Go Tour to Las Vegas for a special performance at the Sunset Amphitheater at Sunset Station on Friday, July 17, 2020 at 8 p.m. Tickets start at $25 plus applicable fees and go on sale Friday, Feb. 21, 2020 at 10 a.m.

A Nashville icon for more than two decades, Trace Adkins has made his mark on the country-music industry. 11 million albums sold. Time-honored hit singles. Momentous, fiery and always memorable live performances. GRAMMY nominations. CMT and ACM awards. Nearly 200 million plays on YouTube. Hell, even a slew of movie and TV roles have come the Grand Ole Opry member’s way. But ask Adkins what’s left to prove in his career and the small-town Louisiana native says it’s simple: the itch remains. To create. To collaborate. To continually feel the excitement that comes after whipping up a new song out of thin air and laying it down to tape. It’s what, after all these years, he says he still craves. “It’s an adrenaline rush and I love it,” says Adkins, who is back in the studio working on a new project. “There’s nothing else like that,” the Louisiana naive offers. “That is still my favorite thing to do in this business. Go into the studio with just some lyrics and a melody and then let the finest musicians in the world help take it and turn it into something magical. It liberates me. I just dig it!”

Working with some of Nashville’s most respected songwriters, Adkins continues to find ways to connect with his fans through music while recording what he describes as autobiographical songs throughout his career.

Tickets for the Trace Adkins’ The Way I Wanna Go Tour are $25, $30, $35 and $45 plus applicable fees. All tickets go on sale Friday, Feb. 21, 2020 at 10 a.m. Guests under 18 years must be accompanied by an adult 21 years or older. Tickets can be purchased at any Station Casinos Reward Center and The Fiestas, by logging onto www.stationcasinoslive.com or through Ticketmaster at (800) 745-3000 or www.ticketmaster.com. 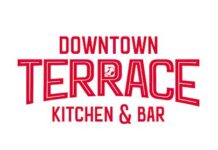