Home Music BUSH Brings ‘The Final Show of The 25th Anniversary of Sixteen Stone’...
Purchase tickets for shows at House Of Blues Las Vegas via Stubhub here Note: we get a small referral fee if you make a purchase.

Multi-platinum rockers, BUSH bring their signature guitar and guttural vocals to House of Blues Las Vegas Friday, Feb. 28, 2020 for The Final Show of The 25th Anniversary of Sixteen Stone.

With a discography that includes such monumental rock albums as 1994’s 6x platinum-selling Sixteen Stone, ‘96’s triple-platinum-selling Razorblade Suitcaseand ‘99’s platinum-selling The Science of Things, BUSH has sold close to 20 million records in the U.S. and Canada alone. They’ve also compiled an amazing string of 18 consecutive Top 40 hit singles on the Modern Rock and Mainstream Rock charts. Eleven of those hit the Top 5, six of which shot to No. 1: “Comedown,” “Glycerine,” “Machinehead,” “Swallowed,” “The Chemicals Between Us” and “The Sound of Winter.” The latter made rock radio history as the first self-released song ever to hit No. 1 at Alternative Radio, where it spent 6 weeks perched atop the chart’s top spot. The song appeared on 2011’s “comeback album,” The Sea of Memories, which was BUSH’s first studio album in ten years. That year Billboard ran a story about the band under the headline, “Like They Never Left” – a fitting title as the multi-platinum quartet promptly picked up where they left off.  They’ve continued to dominate rock radio — including 2019’s “Bullet Holes,” which also served as the end title song in the summer blockbuster “John Wick: Chapter 3 – Parabellum” — and play sold-out shows to audiences around the world ever since. The band is currently putting the finishing touches on the follow-up to 2017’s Black And White Rainbows, which People magazine hailed as “a triumphant return.”

Tickets for BUSH start at $35, plus applicable fees and go on sale Friday, Jan. 31 at noon PT. Follow House of Blues Las Vegas on Twitter for presale information @HOBLasVegas. Tickets are available by visiting HouseofBlues.com/LasVegas, MandalayBay.com, Ticketmaster.com or by calling 702-632-7600.

Purchase tickets for shows at House Of Blues Las Vegas via Stubhub here Note: we get a small referral fee if you make a purchase. 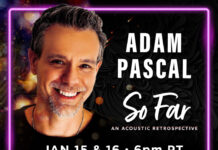 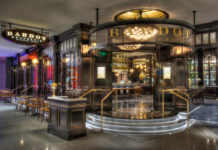