Home Arts A First Look at The Believer Festival

The Beverly Rogers, Carol C. Harter Black Mountain Institute (BMI) offered a sneak preview today of The Believer Festival, a roving celebration of writing, music, film, comedy, and visual arts, coming to Las Vegas April 30- May 2, 2020. Heralded in Las Vegas Weekly as the city’s best festival, and celebrated by The New York Times as the locus of a vital culture in the desert, the festival returns this spring for its fourth year.

With its theme here + after, The Believer Festival 2020 will interrogate the future while conducting an experiment in collective presence.
“The Believer Festival is an original and surprising blend of artistry and place,” said Joshua Wolf Shenk, BMI’s artistic and executive director. “Annie-B’s piece, created for the desert, and deploying local dancers, exemplifies the connections we make between the striking talent in the Las Vegas scene and our renowned friends from afar.”Sara Ortiz, the festival director, who co-curated the festival with Shenk, added, “We are excited to see how The Believer Festival evolves in year four as we showcase a growing number of visual and performance artists. Don’t miss a single event.”

Ortiz noted that other highlights include a live taping of the Peabody Award-winning show On Being with Krista Tippet and the artistic director of The Moth, Catherine Burns.

Festival partners and presenters include AREA15; Nevada Museum of Art; Creative Capital; The New American Economy; The Lucy; and The Writer’s Block. Foundational support is provided by the College of Liberal Arts at the University of Nevada, Las Vegas, BMI’s home, and by The Rogers Foundation. The lead festival sponsor, for the third year in a row, is the Eleanor Kagi Foundation, A Lynn M. Bennett Legacy.

The Believer Festival was created by the Black Mountain Institute and debuted in 2017, the same year the BMI acquired The Believer magazine from McSweeney’s, a move that the magazine’s co-founder Vendela Vida described as a “migration of The Believer to its spiritual home.” The festival is as an experiment in community as much as in the arts. It has featured exchanges with stand-up comedians and conversations between graphic novelists and songwriters, and readings by poets against the backdrop of Red Rock Canyon, an original piece created by Natalie Diaz and Valeria Luiselli in Las Vegas’s historical federal courthouse at The Mob Museum; and readings and performances inside the storage warehouse of The Neon Museum. 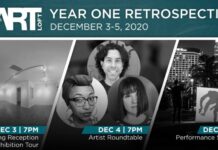 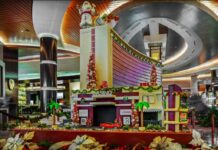